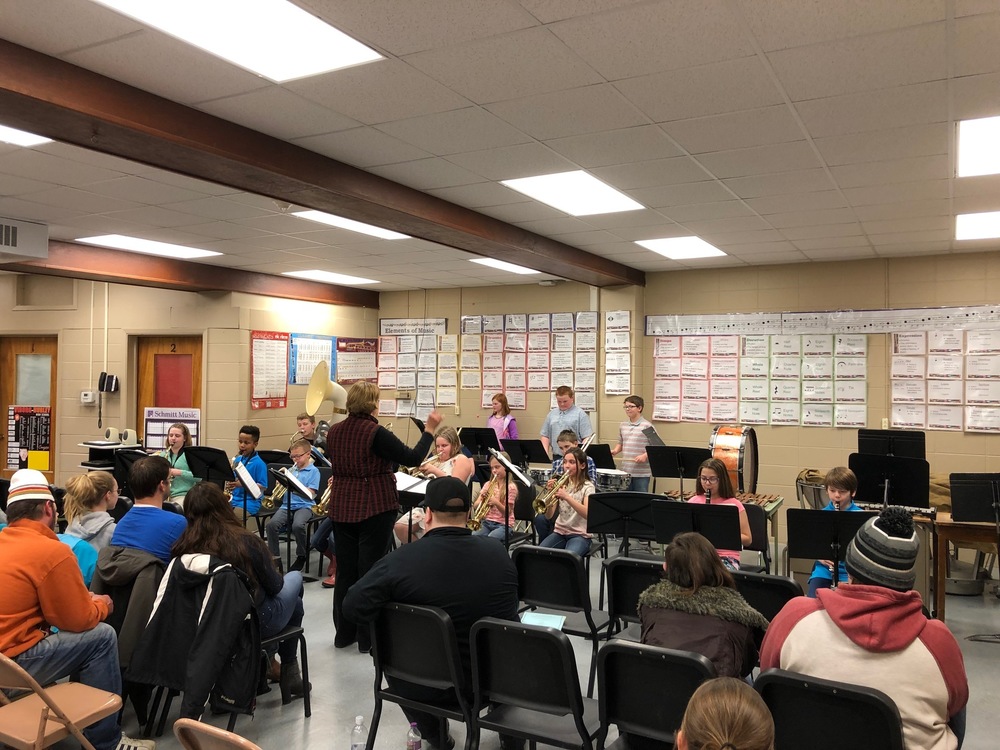 On Thursday, February 21st the Viborg-Hurley Middle School held its annual 5th Grade Band Demonstration Concert. The concert provides an opportunity for the 5th grade band students to showcase their talents. Mrs. Sharee Van Voorst led the students in warm-ups and then through a series of songs that they've learned over the course of the year. Before playing the first song of the evening, Mrs. Van Voorst played a recorded version of the band's first attempt at playing the song in September. The students had plenty of laughs and then played their current rendition of the song to show how much their talents had grown since the beginning of the school year. The last song of the night showcased the talents of the band along with a few parents. Mrs. Van Voorst previously instructed the students to go home and teach their parents how to play a song on their instruments. The parents took their seats and played with the band, much to the enjoyment of the students. The 5th Grade Students, under the direction of Mrs. Van Voorst, did a fantastic job and we are all looking forward to their performance at the spring concert. 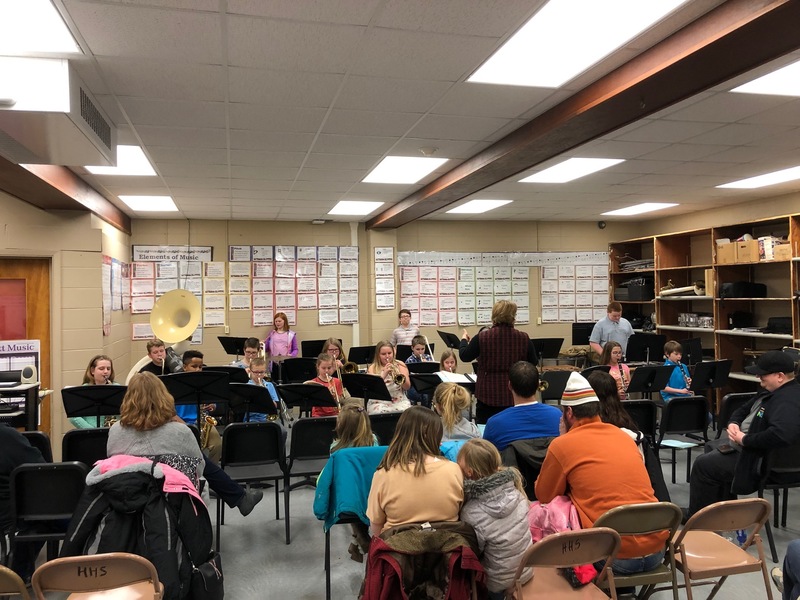 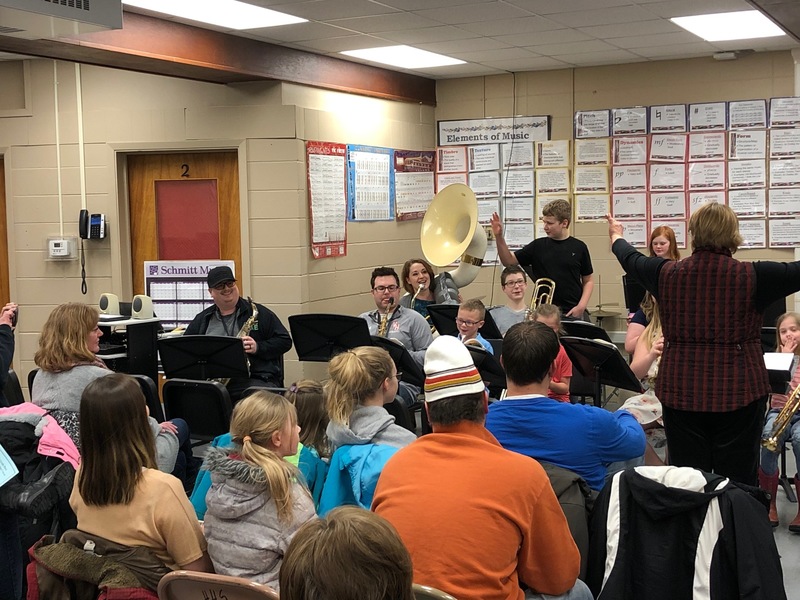