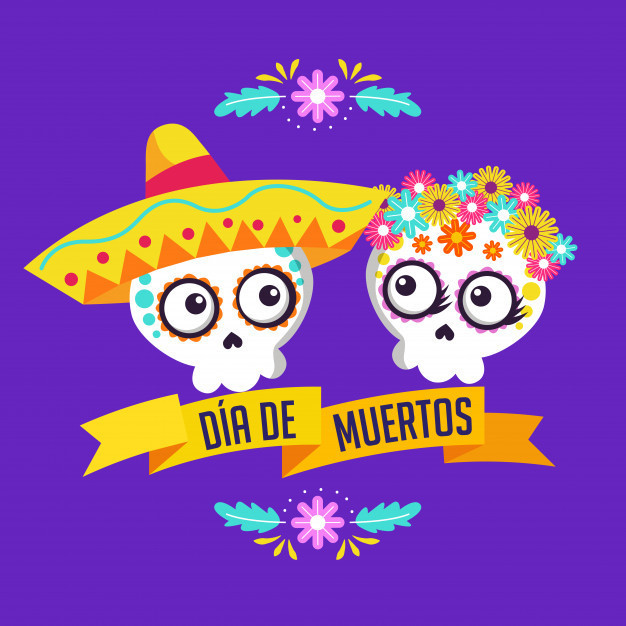 Spanish classes celebrated Dia de los Muertos on Monday, November 4.  Although Day of the Dead is actually celebrated on November first and second, since there was no school on those days the celebration was postponed.  Spanish II students chose Leonardo da Vinci to be honored on the ofrenda.  Kaylin Wanna and Emma Murray presented information about Leonardo, his art and inventions, to the Spanish I class. Students also learned what kinds of foods Leonardo enjoyed and that he was, perhaps, a vegetarian.  Later students enjoyed special Dia de los Muertos decorated cookies and horchata, a typical Mexican beverage.  Students continued their learning by completing a series of handouts centered on the unique characteristics of this special celebration.