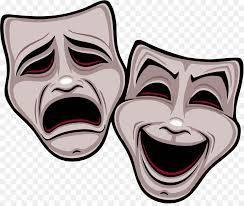 This year, the Viborg-Hurley Cougar Oral Interpretation team took five entries to the district contest on November 7, 2019, that was held at USD’s Al Neuharth Media Center. Cassidy Sayler competed in the Non-Original Oratory category with a selection titled “Final Remarks as First Lady” by Michelle Obama. Kaylin Wanna competed in the Serious category with a piece titled “Girl in Pieces” by Kathleen Glasgow. Carter Jahnig presented a Humorous piece, “Kick Me: Adventures in Adolescence” by Paul Fieg. Brook Hardwick competed in the Poetry category with a collection of poetry on abortion by poets Ally Sheedy and Gwendolyn Brooks. Carter Jahnig and Shane Harms teamed up in the Duet category with “Let’s Pretend This Never Happened” by Jenny Lawson.

Advancing to the region contest held on November 19, 2019, at Augustana University’s Morrison Commons were Carter Jahnig in the Humorous category and Brook Hardwick in the Poetry category. Both Carter and Brook advanced on to the State Oral Interpretation Festival that will be held on December 6th and 7th at Yankton High School. Good luck Carter and Brook!