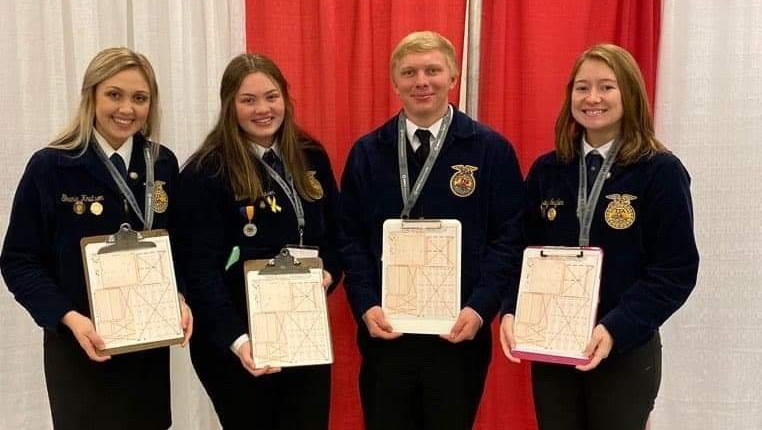 The Floriculture team spent much of their time competing. The group, who placed first at FFA State Convention in April, competed at Nationals. The group consisted of 2 graduates, Shania Knutson and Madison Hansen, and also, Kasi Knutson and Cassidy Sayler. The group placed 23rd overall, with Madison Hansen placing 14th and receiving a gold medal. Shania and

Cassidy getting silver medals, and Kasi getting a bronze medal. Congratulations to them!

Congratulations to Viborg-Hurley graduates Jacklyn and Allison Knutson for receiving their FFA American Degrees. The American Degree is the highest degree an FFA member can receive.

Jacklyn is now an Agriculture/FFA teacher at the Canton School District, and Allison is still a student at SDSU and majoring in Agriculture Education. So a huge congratulations to them!