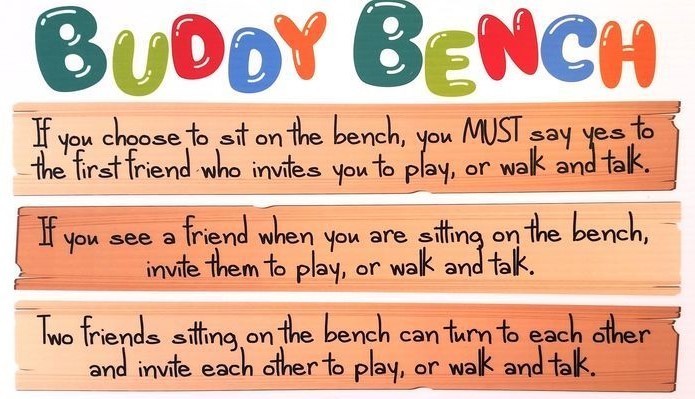 For some kids and many adults, making new friends can be a daunting task.  It is not always easy getting over that initial feeling of awkwardness and putting yourself out there.  The "Buddy Bench" offers a concrete way for kids to notice when someone is feeling lonely.  It can also be a safe place for a child to go to if they're being bullied and want to alert teachers to a problem. 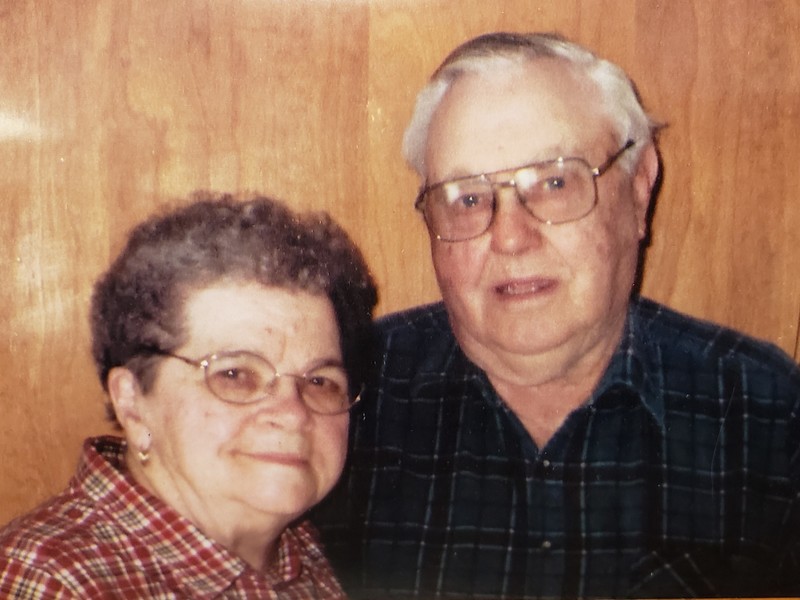 The inscription on the bench,  "Always Be Kind" is the message that Mr. and Mrs. Knudson would like students to think about when they see someone using the bench.  The bench was donated in memory Jeannie's parents, Wayne and Ruth Peterson.  Both Wayne and Ruth were loyal supporters of the school district and were life-long residents of Viborg.

So, What is a Buddy Bench?

The concept is simple, any child sitting on a Buddy Bench indicates to his/her peers that he/she would like company.  Whether the child is feeling overwhelmed, shy, or just having an off day, sitting on the bench means he/she would like someone to talk to or play with.  The Buddy Bench is a small, safe haven and a clear signal to others on the playground that the person sitting there is in need of some kind of social connection.  It also serves as a reminder to those using the bench that they have a responsibility to look for others that they might want to connect with and to take some time to think about how to say, "Hello" and make new friends. 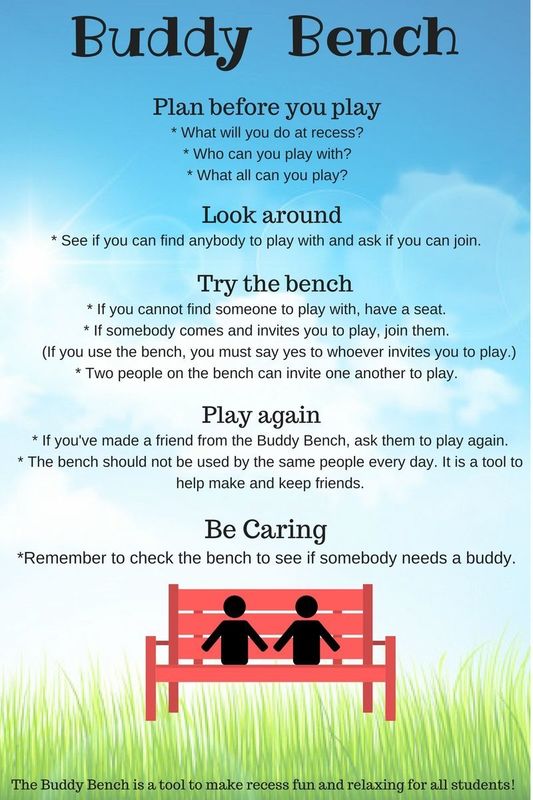 The buddy bench is a simple idea to eliminate loneliness and foster friendship on the playground.  Let’s spread the message of inclusion and kindness!